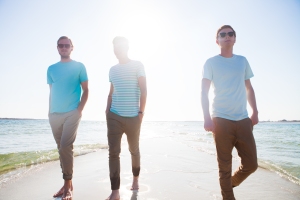 MyFever is a rock band originally from Panama City Beach, Florida that now resides in Atlanta Georgia. The band is made up of members Weston Hine, Garrett Hine, and Blake Tallent. The members formed their group after a life-changing concert in Spring of 2014. The band aims to write songs that shake hearts and fill arenas. See The Light is the band’s debut album that released in May of 2015.