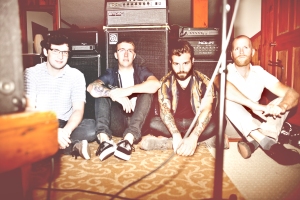 There have always been two sides of music that argue back and forth – those who make pop music with the sole goal of writing a song that feels good and captivates the mind, and those who make music that is progressive and pushes the boundaries of what is possible in a genre. That being said, the biggest challenge in music is to make both sides happy and make a poppy song that pushes boundaries and progresses a genre forward. With Unifier’s debut album Colorado, (produced by Jesse Cannon who has worked with The Cure, Saves The Day, Basement and Transit, to name a few) the Greensboro, North Carolina based group has done just that, creating a record that fuses the pop-rock sounds of Switchfoot, Foo Fighters and Jimmy Eat World with the progressive genre-pushing of groups like Brand New, The Dear Hunter and Manchester Orchestra.